It was probably Rand Fishkin at Moz who has coined the term link magnets for linkable assets that earn links and engagement like no other. 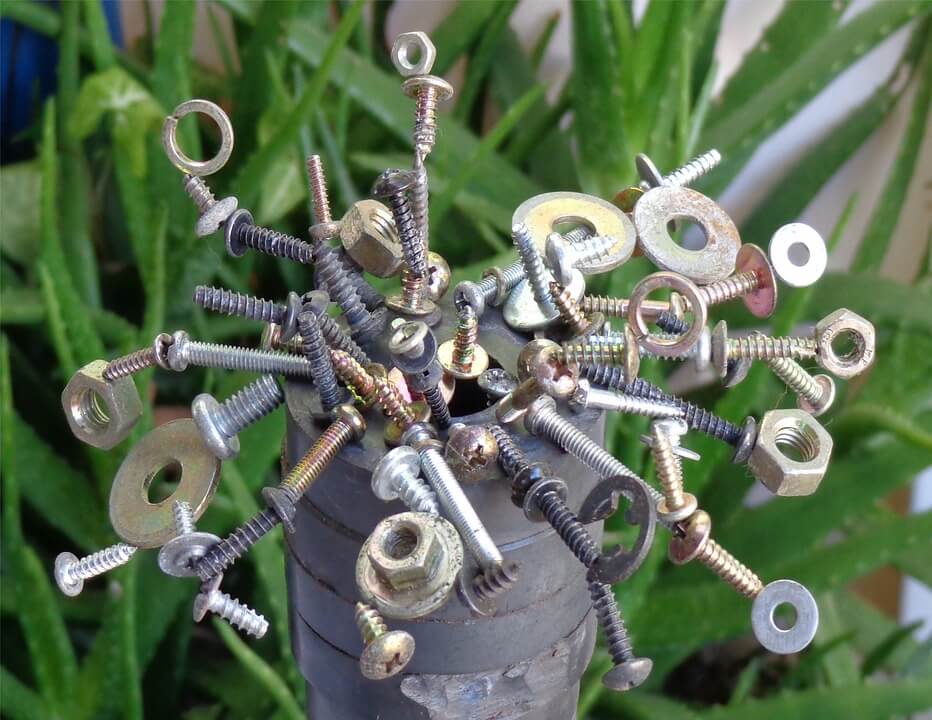 I finally appreciated the term and its meaning – especially in contrast to link bait. I continued to use the term but it wasn’t until Brian Dean of Backlinko explained it.

Not many people have the resources to spend 100h on the “complete guide” to their topic of choice. What can mere mortals like me and you do instead?

You can do it on a budget as well by being ultra-specific and responding to popular demand – that is people asking questions. Give the people what they want, and not just what you think they might want.

I’m going to go through some backstory to give some context to my advice. Jump to my wrap up section What do link building experts suggest to make link magnets on a budget? for a quicker read (but you’d be missing out on some interesting personal experience I’ve had with link magnets and ranking).

Meeting Brian Dean in Berlin Before The Fame

I was lucky enough to meet Brian Dean in Berlin where he – like me – lived before he became the go-to guy for actionable link magnet SEO advice.

To be honest I didn’t discover him myself. It was Gisele Navarro of Neomam who pointed him out when we considered establishing a regular “expat SEO” get-together.

These days everybody knows him and he’s one of the top influencers in the search marketing industry. Back then I was surprised by his unorthodox approach.

He dismissed regular blogging – whether it’s daily, a few times a week or even weekly and instead proposed massive resource posts instead.

I’ve done many resource posts before – mostly listicles of around 30 to 50 similar items. Yet Brian decided to dig deeper, work longer and invest up to hundreds of hours in a single article.

Instead of simply collecting numerous similar items and compiling a simple list he made sure to be explanatory and actionable.

80 hours was a median time frame for content creation for him. I knew that I would be able to replicate that, neither for myself nor for my clients. Nobody would pay me 80h for a “blog post”.

The SEO world has changed ever since –

regular blog posts without proper research and additional outreach to influential bloggers and publishers have to compete with huge tutorials.

Even marketing industry leaders like HupSpot changed their approach to creating hub posts or pages instead of regular articles. This pillar content is ironically not called a hub on HubSpot. 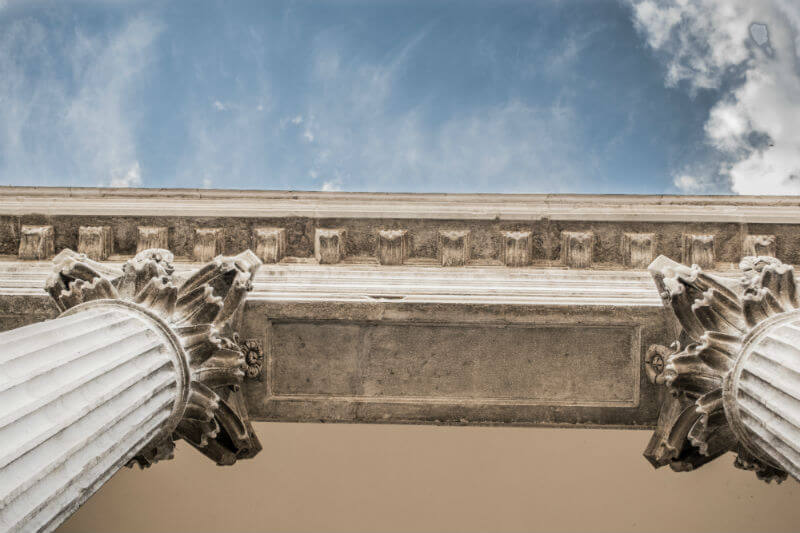 Pillar content has been around for over a decade when HubSpot started employing the strategy. The name is no coincidence. I’ve been a big proponent of it back when linking out was still frowned upon. 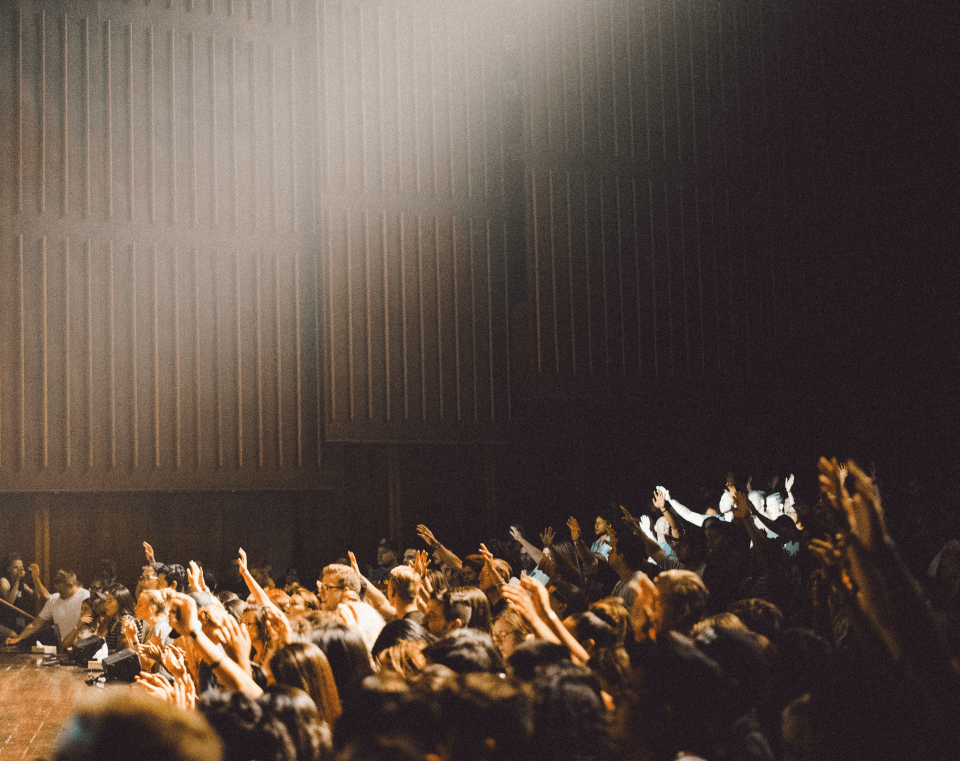 Ever since Brian introduced me to his winning content approach, I wondered how you can earn links and engagement with content but without such a massive budget and with little time.

The answer lies even earlier in the past. When I started out in SEO around 2004 one of my earliest techniques for building links and ranking well were ultra-specific answers to questions.

That was way before Quora, Google and many others capitalized on the Q&A structure of the Web. People used forums way before them. Even Yahoo Answers did not exist yet!

People ask questions – they did even before Google could answer them – and expect meaningful answers.

This trend intensifies ever since they ask their smartphones to respond. Voice search is all about natural language and asking questions. OK Google!

Back in the day, I had to check out forums to find out what the people are asking. I had many small business clients from so-called “boring” niches.

One of them was selling refill toners. Another had an online store for natural fiber carpets or rugs.

I remember writing a lot about such topics – in German. The pages we created still rank almost a decade later.

In German, we don’t have two words for carpets and rugs. There is a specific term for rugs used in “high traffic areas” but it’s rarely used.

A common question when it comes to natural fiber carpets was how to actually clean them. It was asked on many forums and Q&A sites bit nobody really answered it in depth.

Also, there are many different natural carpets made from all kinds of materials. Wool, sisal, even hemp fibers are used to weave carpets. Every one of them has other requirements.

Guess what we did? Of course, we created cleaning tutorials for ALL of them! We then posted the link as a response on some of the forums.

We ranked top 10 for [how to clean a wool carpet] and the likes within days or weeks. It was a low competition niche in German so it wasn’t hard though. 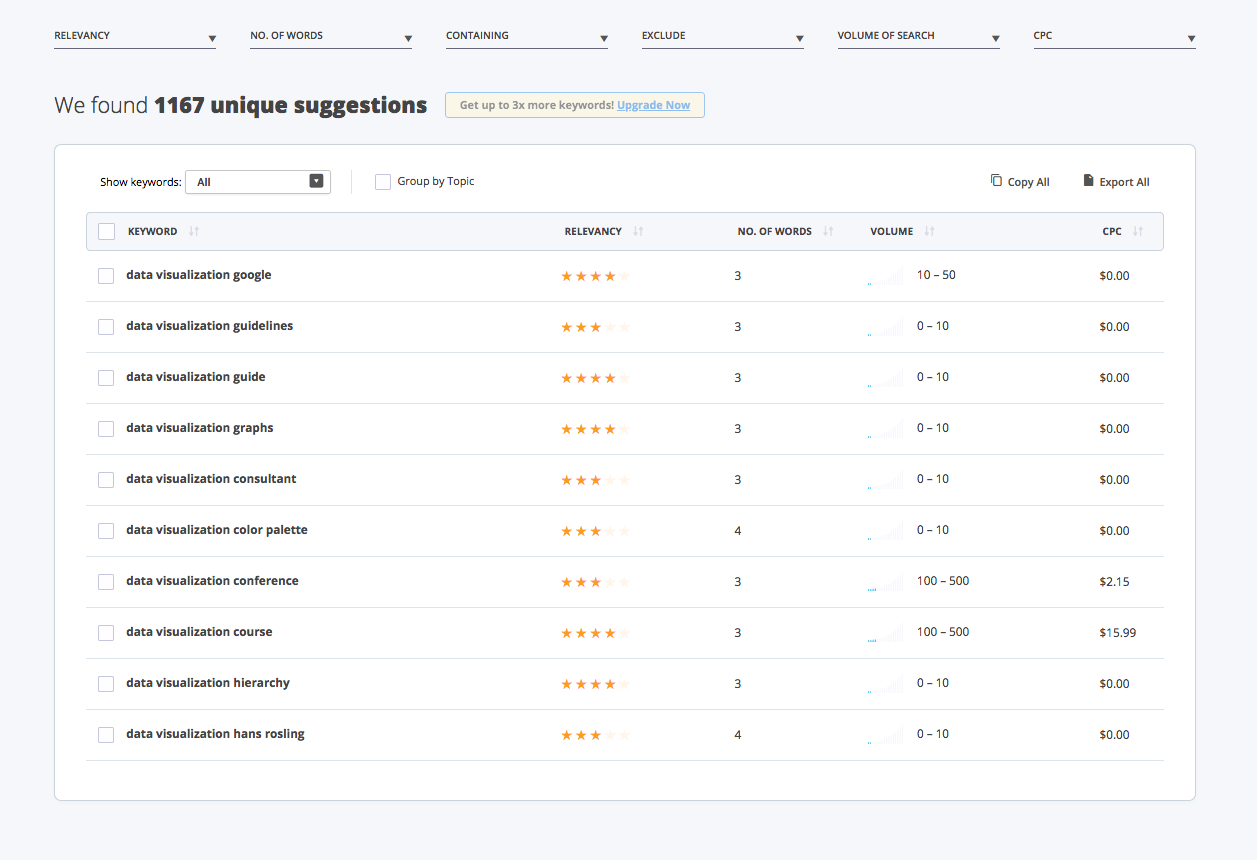 The toner refills site was a bit tougher. Why? My client sold the how-to guides along his actual (to be) refilled cartridges. We couldn’t give away that tutorials for free.

Another issue with toner refills was that for many years – almost as long as there were laser printers and toners – rumors spread that they are somewhat harmful to your health.

People always asked on forums whether toners are a health-hazard or even causing cancer. There was no clear yes or no. I tried to find out by checking press articles from reliable sources.

There were also different explanations. Some said that the printers themselves emit some kind of particles. No article or study really matched another. At first, I wanted to either write something like

– no, toners are not affecting your health negatively so you can relax now.

– yes, make sure to take these precautions when using laser printers or refilling them.

But in reality, the world usually isn’t so black and white. At the end of the day, I decided to use the existing research I did to create a press review of the current state of affairs.

The list of all trust-worthy publications dealing with toners and health during a time frame of 15 years and containing dozens of links still ranks #1 for all kinds of related questions.

Other people didn’t even know that we shared our link on forums and Q&A sites. Why? It’s because we provide the most objective and well-researched answer: “we don’t know – look here”.

I did a similar thing with my own SEO 2.0 back in the day. When I started out on Twitter I was aware of the many pros and cons of the service.

“Is Twitter just a waste of time?” many people wondered.

As I didn’t know the answers myself yet I compiled a list of resources listing all kinds of positive and negative aspects of the service. I update the list regularly ever since. Guess what?

My Twitter pros and cons overview or rather resources list still ranks in the top 10 on Google a decade later.

As you see questions are sometimes implicit. People do not always phrase out a whole sentence by asking “what are the pros and cons of Twitter” but they keep it short instead.

One query is pretty surprising though: I get clicks almost every day from people looking for the clunky phrase [pros and cons of twitter for personal use]: 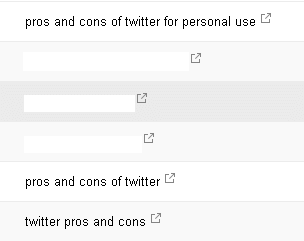 Why is it on top of this list taken from Google Search Console reports? Well, to my surprise I still rank on the top page for “pros and cons of Twitter for personal use” on Google: 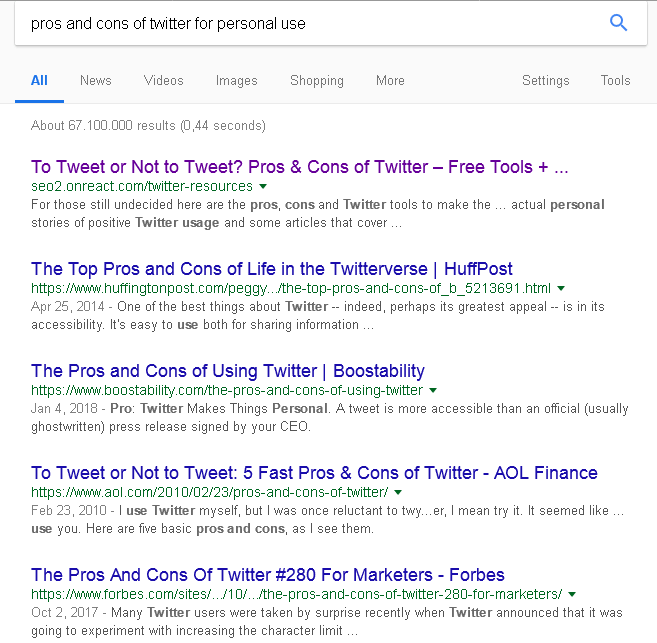 Again in reality this is a question: “What are the pros and cons of Twitter for personal use?” I was surprised to outrank household names like

on the long tail query. My blog’s heydays are long over. The more than 30 linking domains surely helped though.

It’s mostly like-minded bloggers from back in the day who linked my list but also people I have never heard of sometimes years later.

It’s also funny to see how the AOL writer probably copied my headline back in 2010. My post was up since 2008.

What do link building experts suggest to make link magnets on a budget?

Of course, I didn’t want to claim to know everything by myself so I contacted a few link building experts I know.

These specialists focus on link building for many years instead of doing different things depending on market demand as I do.

I asked three people the same question but worded it a bit differently each time to remove my bias and make sure to fool Twitter’s duplicate content filters.

In essence I wanted to know how it’s possible to gain links by using link magnets without investing lots of time and money.

All three answers were very insightful and thus I decided to reprint them here in their entirety. Make sure to click through the actual tweets to follow the ensuing debates though.

I added some text formatting for the sake of readability as tweets are these days just big chunks of text in many cases.

Put together a Resource Page in which you curate helpful and useful links for your industry.

Break it down into sections and come up with a nice intro to ‘whet the palate’.

Have seen these do well even without any fancy graphics. Best of luck with your post, Tad!

Hey Tad! I saw @DovidFarkas‘ response to this about curating industry resources & I would agree with him.

any other DIY, etc. They make a great content update if you already have something without video.

As you can see; resource pages and video are some of the easy content upgrades experts consider to be the low threshold and relatively easy to implement. After all, every smartphone makes a high-quality video now.

Despite that, I still think that the easiest way to get links and stay on top of Google for years when it comes to informational queries is answers to specific questions. For bigger campaigns, the pillar content model works great to connect a series of focused informational queries with a large parent topic. In a way, pillar content and cluster content meets in the middle between my method and Brian Dean’s method.

When you can add a resource list or a video manual you are of course even more likely to earn links and rank high.

Last but not least many thanks to the many US followers who helped me understand the difference between a carpet and a rug!

Keyword research is never complete without a native speaker who can explain the intricacies of local language use.

My next post will deal with improving existing assets so stay tuned or rather come back for more!

Until then: how are you creating linkable assets and link magnets? Please add your ideas in the comment section or on social media!

Link Spy helps you find top-quality links based on those websites that are already ranking for your focus keywords.