Ever had a migraine? One of those eyesight-blurring, arm-tingling, nausea-inducing, skull-exploding headstorms that makes you crawl to the nearest dark room immediately and curl up like a grub?

If not, count your blessings.

If you have, then you know how important it is not to ignore triggers.

A trigger is a thing that sparks a result. It activates a pattern. Though triggers are often described as negative things — the stress and foods that cause migraines or the H.A.L.T. factors of addiction, for example — they can be positive.

And for writers, they can be positively essential. To track your own triggers, think about what preceded your last few periods of writing inspiration. Once you learn your triggers, you will recognize them when they’re happening as harbingers of good writing opportunities. And when you’re suffering from writers’ block, you can create circumstances that set off your triggers and get un-blocked.

Basically, it’s not just a matter of knowing when to write — it’s knowing what will set off a burst of writing.

Here are eight common triggers you should never ignore.

If, in the middle of the mundane, you notice a pattern, you might be on to something new. Follow up on those hunches.

Farhad Manjoo of Slate noticed that his holiday gifts were easier to open this year. He wrote “A Christmas Miracle: Packaging Is Less Infuriating” about how his anecdotal (but frequent) experience might correlate with new practices by package designers and manufacturers. Comments included:

“My husband and I were just talking about this. Toys were SO much easier to open this year.”

“I did notice that I cursed a lot less this year while opening my daughter’s toys. I simply thought my toy box opening skilz had improved with three years of practice under my belt. Little did I realize until now that manufacturers have made the packaging easier to open. Well done.”

What he wrote enlightened some and brought confirmation to others. If he hadn’t acted on his hunch after several experiences in a row, neither would have happened.

There’s a loose rule in journalism that two similar things are interesting but three similar things make a trend. Perhaps that’s what led to The Guardian‘s recent story, “No boys allowed: the rise of single-sex clubs and societies,” which namechecks three new women-only-allowed restaurant/club ventures. Is it really a pattern, or just happenstance? Time will tell; even the writer concludes that this isn’t likely to be widespread trend. Don’t hesitate to investigate and report, but take caution before you make sweeping predictions based on tiny patterns.

Doubting a rumor — or, say, anything a politician says — is an excellent trigger for investigative writing.

Have you checked out PolitiFact, the Pulitzer-prize winning microsite from The Tampa Bay Times? Its Truth-O-Meter measures the factuality of political statements (as verified by writers and editors of the Times). 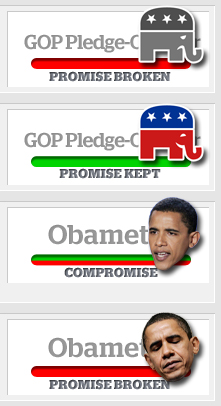 If you come across a statement that seems like it can’t possibly be true — or that so many people assure you it is true that you think there’s some groupthink at work — report the facts, then write your conclusion.

This is how Courtney Seiter, Raven’s community manager, debunked a popular rumor recently. A Facebook status message making the rounds seemed so legit that even Raven’s Chief Product Officer (a not un-savvy person) fell for it, but it didn’t sit right with her social media experience. She started digging for the truth and wrote a blog post to help other people from spreading misinformation.

What kind of person writes a 464-page book about toothpicks? Henry Petroski, a man who wrote 448 pages about the pencil. The more that Petroski explored the origins, materials, manufacturing and uses of the toothpick, the more he learned about intersecting human cultures, social mores, trade secrecy, patent battles and industry infighting. His curiosity uncovered stories he never expected to find.

Other examples of writing born from curiosity:

Perhaps there’s a subject you’re so passionate about that you can’t help but share your thoughts and dreams with the world. Think Cosmos by Carl Sagan, which became the best-selling science book in the English language.

Or perhaps you have a hobby that brings you such joy that your enthusiasm for it is catching. 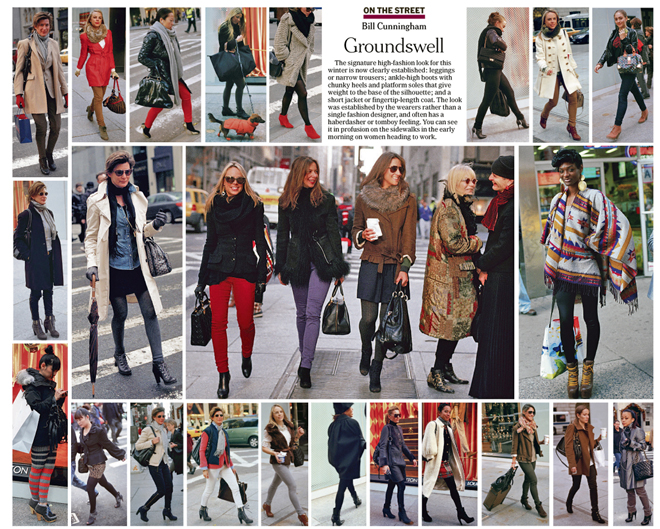 Trend spotter Bill Cunningham falls into the latter category. He has been taking photos for decades for his On the Street column in The New York Times. This now-83-year-old bikes the streets of New York City day in and day out — rain, snow and shine — where he sees before almost anyone else what fashionable forerunners are beginning to wear. Watch Bill Cunningham New York and decide whether The Sartorialist or Instagram might have ever become so popular without his early, unflagging enthusiasm for fashion and street photography.

When you find yourself having a soapbox moment  — when you recognize that you’re waxing enthusiastic about something that’s making others’ eyes go blank — stop talking and write your words down.

The insight trigger happens when you make a connection between two unrelated things in your head and suddenly have a whole new way of explaining one or both of them. You could arrive at the perfect metaphor.

Christians might consider Jesus the metaphor master. Think of the tale of the prodigal son or the lost sheep as written in Luke. Both are metaphors for the value of a repentant sinner.

Identity and branding designer Paula Scher has an interesting metaphor for her creative process, as described in How To Think Like a Great Graphic Designer:

It’s so hard to describe how things happen intuitively. I can describe it as a computer and a slot machine. I have a pile of stuff in my brain, a pile of stuff from all the books I’ve read and all the movies I’ve seen. Every piece of artwork I’ve ever looked at. Every conversation that’s inspired me, every piece of street art I’ve seen along the way. Anything I’ve purchased, rejected, loved, hated. It’s all in there. It’s all on one side of the brain.

And on the other side of the brain is a specific brief that comes from my understanding of the project and says, okay, this solution is made up of A, B, C, and D. And if you pull the handle on the slot machine, they sort of run around in a circle, and what you hope is that those three cherries line up, and the cash comes out.

You can’t make such connections without having a variety of things in your head to connect. Read. Listen. Watch. View. Talk. Consume, absorb, ponder and discuss a multitude of ideas from a multitude of sources. Then, connect.

Longtime writer, editor and blogger Knight Stivender explains how this trigger works for her:

When you have been thinking about something for a while, maybe on and off, mapping it out in words puts meaning to it. The problem is the trigger, and writing about it solves it.

For example, early after her divorce, Stivender struggled with newfound alone time. She explored the differences between loneliness and solitude in writing, and this thoughtful post is the result.

39-year-old writer Kate Bolick still wondered if she made a mistake a decade earlier by breaking up with a perfectly marriageable man for “two intangible yet undeniable convictions: something was missing; I wasn’t ready to settle down.” The problems she was wrestling as a still-single woman 10 years later led her to write “All the Single Ladies” for The Atlantic Monthly, which gave shape to the changing emotions about and definitions of marriageability through research, statistics, interviews and comparisons. In turn, Bolick’s readers — as evidenced by the comments — offered a variety of perspectives and solutions that she hadn’t even touched on.

Whether the problem you’re dwelling on is personal or global, rational or emotional, or any combination of the four, write it out. Define your thoughts and feelings. Make a pro/con list. Find and cite examples of what others have done. Ask readers for fresh ideas. You might arrive at a solution. Even if you don’t, you’ll likely stumble upon support you didn’t know you had.

Fascination with beauty of all sorts — from the natural to the unnatural to the macabre — has motivated artists, poets, lyricists and storytellers of all kinds for centuries.

You have to have a brain full of beautiful things — memories, images, feelings — to inspire you to write another kind of beauty. Go to art museums. Bookmark photo blogs. Investigate the neighborhood park. Travel. Watch insects. Observe people alone. Observe people together. 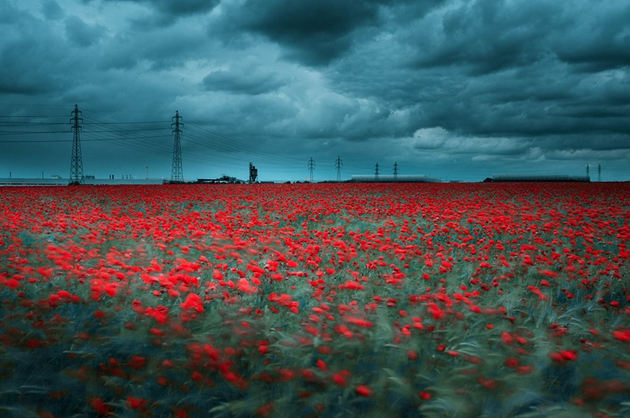 Here’s an exercise to get started. The image in the photograph above is a field of flowers on the outskirts of a city. The photograph’s title is “the blood of factories.” Does that juxtaposition trigger a story idea for you?

A father accidentally leaves his infant son buckled into the car seat on a hot summer day, all day. His son dies. Is it manslaughter, plain and simple? Or an understandable, if tragic, mistake? Either way, should he be punished legally? Read this.

A cartoonist loves his dog. Read this.

How did those stories make you feel?

What makes you feel?

16 Responses to “8 writing triggers you should never ignore”