“Everybody walks past a thousand story ideas every day,” Orson Scott Card said. “The good writers are the ones who see five or six of them. Most people don’t see any.”

If you’re a good writer, the key is knowing when and how to capture the ideas when they come.

There are those who espouse writing every morning for one hour, no matter what. If that’s not your style, try writing at these times. 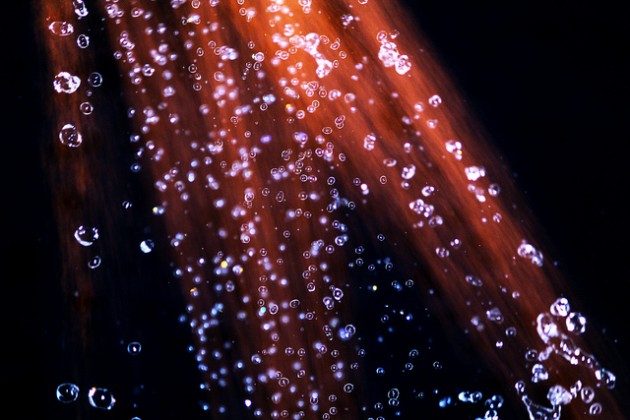 If you shower in the morning, this can be a great time to organize your thoughts for the day’s writing. Shower in the evening, and your stress will wash away. Great ideas come when you’re mellow. Either way, you have time to yourself to mull, to process, to craft those ideas. And to shampoo, of course.

So you forgot to name your Word document and hit Save. As much as you might want to curse and give up, put your passion into doing it over immediately. Write as much as you can remember, as fast as you can, and you’ll probably write an even better version than what you had. Why? Because you’ll only remember the key points, and that’s all you needed to write anyway.

3. Right before you fall asleep.

Shortly before you fall asleep, your brain produces alpha waves—you’re alert but not focused. This is the time you might call dozing, when you can hear yourself snoring or jerk slightly. And it’s during alpha-wave time that your mind may produce all kinds of ideas. Without getting up from bed—you don’t want to disturb your sleep cycle—record those ideas with a digital recorder or your cell phone. Then rest easy, knowing that come morning, you’ll be ahead of the game.

4. Right after you wake up.

Keep a dream journal beside your bed and write in it first thing every morning. Just jot down a few sentences, the most vivid parts of the dream, and see if you can use those (probably strange) passages to fuel more creative writing later. Not a dreamer? Make a list of the topics you’d like to write about that day, then think about them more in the shower. The one you keep dwelling on is probably your best bet for the day.

5. After your third drink. 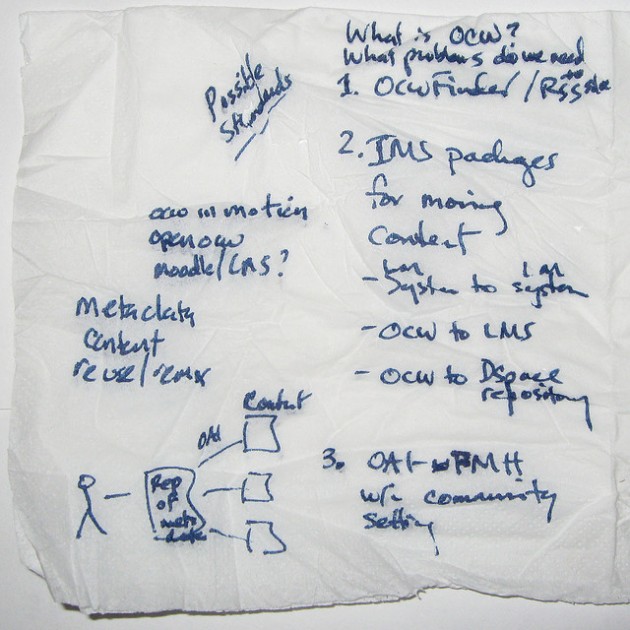 If you drink alcohol, you’ll understand this. The first drink relaxes you. The second drink vacates stress. But it’s the third drink that focuses you in a strange, calming way. Put that focus to work by writing what comes to mind. You won’t want to publish anything until you’re 100% sober, but the ideas that come to you under the influence will be less forced that anything you’ve brainstormed sober.

Plus, that’s what bar napkins are for.

Ask any journalist—there’s nothing like time pressure to force you to write. Set a deadline, and write to the last possible minute. The faster you write, the better your writing can be. You’ll have to be direct and succinct. There’s no time to waste on words that don’t matter. Just don’t wait until your assignment is overdue—that can give you just enough extra time for your sense of urgency to dissipate.

When you’ve burned 500 calories on the treadmill. When you’ve cycled to the end of the greenway. When you’ve kayaked to the other side of the lake. However you exercise, it clears the brain and releases endorphins. A clear head and a positive attitude are great for writing that upbeat copy that’s been eluding you.

Studies say that vigorous sex is exercise. But even if you take the leisurely route, good sex can pause your overthinking, release those same endorphins and relax you—just the right frame of mind to write afterwards.

(Just don’t get up from the bed too soon to head to the computer. In fact, this might be one of those times you want to do all the writing in your head.)

Don’t stress when the doctor is running late. Instead, pull out a notebook and start writing about the people you see. If you’ve ever waited on the doctor for more than 10 minutes, you’ve had at least 10 precious minutes to study trapped humans. Trapped humans are fascinating, and you’ll get grist galore for marketing personas.

10. When you’re supposed to be doing something else.

Sometimes inspiration strikes at exactly the wrong time—say, when you’re on a big project. Take a break from the large, tedious work to scribble down a few paragraphs about something less intense. Not only will you get some much-needed stress relief, you’ll have extra content to squirrel away for a day when you’re feeling less inspired.

Right after you read this article, write down three sentences you’ve been dying to say aloud all week. Pull out the Sharpie. Turn on the caps lock. Whatever you have to say, good or bad, just say it already. Release your passion, and you’ll be able to move on to the more mundane writing topics—or turn one of your passionate sentences into a thoughtful blog post.

Keep a digital recorder or pen and notepad nearby at all times, even in the shower. Then you’ll always be prepared for inspiration.

If not, grab that bar napkin.