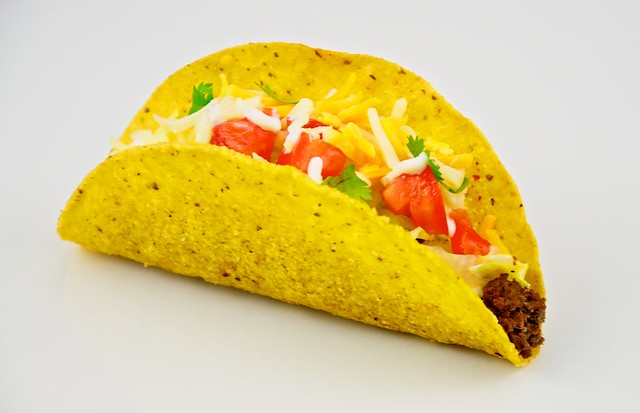 Mmmmm, tacos. Sorry, I mean t.co. After rolling out its link-wrapping service more than a year ago, Twitter has recently begun converting the vast majority of shared links to this delicious form. And there’s more to come—much of which will affect how brands operate on Twitter. Let’s take a look at how the landscape is changing and what Internet marketers need to know.

t.co is Twitter’s official link service, which shortens all links posted through the website as well as guards users against unsafe or spam links.

As Twitter explains at the very sparse home of t.co, “Twitter uses the t.co domain as part of a service to protect users from harmful activity, to provide value for the developer ecosystem and as a quality signal for surfacing relevant, interesting Tweets.”

So it’s a URL shortener?

Not exactly. t.co does shorten links, but it’s really a URL wrapper—a kind of way station for links. Twitter’s goal is to use t.co behind the scenes to 1) protect users and 2) get more accurate data on link clicks and shares—metrics that will presumably be rolled out to users in the near future.

Quoth Twitter: “After the full t.co rollout is complete and our analytics has crystallized, we’ll be offering a set of APIs that developers can leverage to enrich their applications with gathered data.”

How t.co works with links

So here we can see that t.co is doing all the work behind the scenes, allowing you to share links more conveniently and your followers to better gauge the content they’re about to click on.

All of this would be great if Twitter’s web client were the only way people were using the service. But there are a million ways to tweet and view tweets, not to mention third-party URL shorteners and branded URL shorteners. That’s where things start to get a little messy.

Here’s how our original shared link appears on Tweetdeck.

Now we see the t.co link itself, although hovering over the link reveals the full URL. Viewing the link in Hootsuite is very similar.

Here’s how the link looks in Twitter’s desktop client.

Now we’ve lost all association with the full URL and followers are left only with the not-very-descriptive t.co to determine what they might get if they click.

Twitter has maintained that their goal is for links to maintain as much of their integrity as possible while t.co works behind the scenes, virtually invisible to users. They’re clearly not all the way there with this yet.

Not gonna happen. Twitter plainly states on its dev page that “users won’t be able to opt-out of using t.co.”

As of now, t.co automatically wraps all links submitted to Twitter 19 characters or greater. By October 10, 2011 Twitter will wrap all URLs, regardless of length.

And yes, we do mean ALL links. From Twitter’s FAQ:

URL shorteners like bit.ly, owl.ly and awe.sm still work, with all metrics intact, although those links are still routed through t.co.

So if you like the analytics you’re get from your current URL shortener, keep going with it. But once Twitter reveals just what it’s going to do with all this t.co data, the ground is likely to shift beneath the URL shorteners we’ve come to know and love.

For metrics-heads like most marketers I know, this could be a good thing. Established services fighting for a way to stay relevant to users could equal new innovations for all of us.

Despite the great lengths (and expense) many brands have gone through to develop their own third-party branded URLs, they could lose a bit of their cache in this shift.

If you gain the benefit of deeper data from using a branded URL, they’re still useful. But the association and trust that branded URLs were great for will soon be available to all, once developers can use t.co’s tweet entities to assure users see links in a meaningful (and potentially branded?) way.

For now, though, traditional branded URLs are holding up with various degrees of success as they spread.

Here’s a New York Times branded link. During the process of the retweet, you can see t.co in action.

But the end result is an intact branded URL.

Why t.co is good for analytics

Twitter has long generated traffic that was notoriously hard to track. A recent blog post over at awe.sm shows that Twitter could drive up to 4 times the traffic you think it does. In their study, the vast majority of links shared through Twitter showed up as “direct traffic” in Google Analytics—Twitter wasn’t being picked up as the referrer. Not good.

t.co goes a long way towards fixing this problem by using one consistent wrapper for all links, making it way easier to measure the amount of traffic to your site from Twitter regardless of whether they found your link through a mobile application, a third-party client or on the web.

Why t.co is bad for analytics (right now)

The only bad news is that t.co arrived half-baked instead of fully formed—and marketers don’t like to wait (or maybe that’s just me?).

It doesn’t yet offer the tweet-level analytics that shorteners like bit.ly offer today, and Twitter’s not really letting us know when that might change or what it might cost us.

Meanwhile, it would be nice to see the semantics that Twitter is promising for users also make it back to Google Analytics. Right now, t.co links don’t give you a lot to work with without an extra click to see what the content in question was, as seen here in Raven Tools’ integration of Google Analytics. 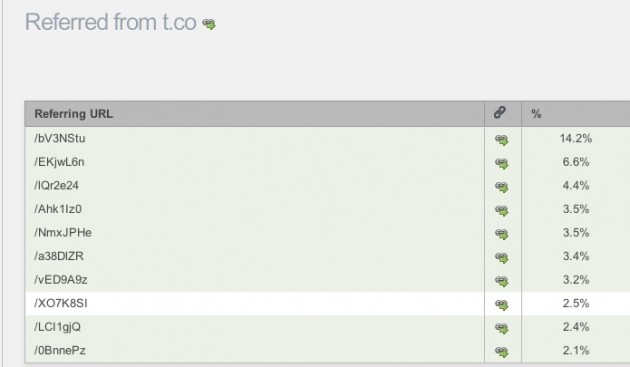 Where do any of these lead? Gotta click to find out.

Once you do parse out which piece of content the t.co link refers to, you’re likely to find (like I did) that some pieces of content developed more than one t.co link as they traveled around the web—whether that’s on purpose or by accident is hard to say just yet, but it’s definitely confusing.

But t.co is still a work in progress for now, and one that shows a lot of potential for marketers.

Have you noticed t.co making a difference in your analytics? Let us know what you think.