The art of being self-promotional is a natural tendency. In a cutthroat environment, it’s human nature to think of ourselves first. The justification for doing so is that somewhere down the line, we’ll benefit from it – whether it be financially or from a networking standpoint. We want people to like us, and we want them to buy our stuff. In the grand scheme of things, that’s not too much to ask, right? 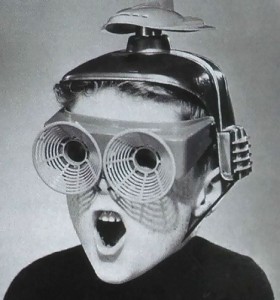 With every development of technology, the marketers have followed – telephone, radio, television, and now the Internet. The Internet audience is a large one, and among that audience is a core group of people who we think are a perfect fit for our product. We design snazzy logos, create an awesome website optimized to the hilt, put our message all over the place to get as many people to see it as possible, yet the avalanche of people we expected to purchase turns out to be no more than a melting icicle drip.

Unfortunately, some of the methods used recently to convince consumers to part with their money doesn’t work any more. Consumers are now looking for a deeper connection with businesses than that. When looking to establish that connection, businesses need to:

In the book Trust Agents by Chris Brogan and Julien Smith, there is a passage which contains the following:

Consumer environments are short on trust and populated by consumers who are cynical, savvy, and informed. Though it’s easier than ever to reach your customers, it’s less likely that they’ll listen. Today, the most valuable online currency isn’t the dollar, but trust itself.

Most companies base and define their success on their bottom-line and their Y.O.Y profits and increases. In a financially-restrictive market, consumers are looking at more than just a company’s financial reputation. They want a reason to put their trust in your business.

Establishing trust isn’t easy, but neither is anything worthy of value – and you do value your customers, right? Get involved in the conversation without trying to sell anything. Be open and transparent about who you are and what you do.

There was a TV show on during 2009 called Secret Millionaire. The premise of the show was that a millionaire was selected to go undercover disguised as a regular person. The millionaire would live in local housing projects and spend time with charities and people who were selfless in their serving of others. At the end of the show, the millionaire would donate his own money to the charities. Many of the millionaires gave more than what the show requested of them financially, plus other personal property, such as vehicles, etc.

The millionaires throughout the series were clearly humbled by their experience. What they did in a short space of time will have an impact on the rest of their lives and those who share that life with them. Did you know you could replicate the same experience online?

In every niche, there are opportunities to help others. The choices you make to assist other people can define what kind of company you wish to create.

Having a reputation for sharing good content creates a positive impression. There’s nothing worse than being synonymous with self-promotion. That may get eyes on your content to begin with, but it gets old really fast. To others who may follow you on Twitter or other social networking sites, it just becomes noise. You should strive for wanting to create the signal.

If you see value in the content other people have created, promote it. If your content is good enough, others will reciprocate. See how that works?

Often brands are challenged to be authentic so they can better relate with their customers. Consumers are smart; they know when they’re being pandered to, and they know when someone is trying sell them something – and that’s where most brands fail with their Social Media efforts.

We all know how it is to be contacted out of the blue with an @ message on Twitter by people we don’t know. They are generally representing companies who want to increase conversions through online mediums without understanding the medium itself. Brands cannot jump into the online space without first interacting with the people already operating there.

I wish to point out the recent post made by Dave Snyder. As Dave mentions, he’s 6’2”, 275 lbs and has tattoos. I will not do his blog post an injustice by writing about it, but I will say if you want a true example of authenticity and how to remain authentic, then do yourself a favor and give it a read. You won’t regret it.

The consensus that the only way to succeed in an online venture is by implementing various forms of push marketing is quickly becoming flawed, as is the thought that what you do offline doesn’t affect what you do online.

The reputation and influence you create by generating trust in your brand, helping others, sharing, and being authentic, will do you a lot more good than seeking to improve your bottom line. By implementing an extrospective mindset, your bottom line will take care of itself.