“After nourishment, shelter and companionship, stories are the thing we need most in the world.” ― Philip Pullman

Some psychologists believe our affinity for stories may have developed out of the evolutionary advantage it gave our species. Instead of having to learn from our own mistakes about the dangers in the world around us, storytelling allowed humans to take lessons from one another’s cautionary tales.

Our brain on stories

Science has yielded some fascinating insights into the way our brains respond to stories. Researchers at Washington University in St Louis studied the levels of brain activation while participants read excerpts from a story called “One Boy’s Day,” which chronicled the activities of a youngster named Raymond.

The team found that far from just passively consuming the story, participants were instead living the experiences alongside the young protagonist. Neurons in areas related to movement of the hand and grasping lit up when Raymond picked up an object, and neurons related to vision fired when he surveyed his surroundings.

The researchers suggest that in order to better comprehend a story, we ground the activities we’re hearing about within our own real-world experiences.

This theory is strengthened by the discovery of the so-called ‘neural coupling’ effect – incredibly similar patterns of activation in the brains of the storyteller and the listener found in a study where participants told unrehearsed anecdotes from their own lives. The effect disappeared, however, when the listeners’ attention wandered or they failed to understand the events of the story.

These findings show the incredible influence that storytelling can have. An effective narrative can sweep up the listener and cause them to vicariously live the tale.

As marketers, we can use the exceptional power of storytelling to make our copy more persuasive and our advertisements more memorable in a number of ways.

One of my favorite examples of storytelling in advertising action is Google’s 2010 Super Bowl advertisement ‘Parisian Love.’

At almost $3 million dollars for less than 60 seconds of airtime, this prime slot was a high-pressure investment. But Google shunned celebrity endorsements, special effects and Hollywood glitz in favor of a simple boy-meets-girl tale – told through Google searches.

Call me a romantic, but the first time I watched this, I genuinely got goose-bumps – and I wasn’t the only one!

Neuromarketing specialists Sands Research tracked viewers’ eye movements and studied their brain activity in response to the 63 different advertisements shown over the course of the 2010 Super Bowl.

Researchers found that Google’s advertisement was one of the best remembered and ranked fourth for neuro-engagement. High levels of brain activity indicated that viewers were swept up in the emotion of the story. 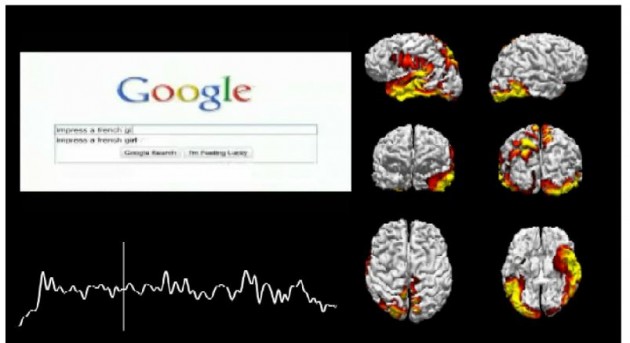 Harness the power of stories

So how can we tap into the power of storytelling and create compelling tales of our own? Here are five tips to use storytelling to your advantage in your marketing campaigns.

Connect the story with the reader

One of the most successful aspects of the ‘Parisian Love’ advertisement is that it features something virtually every viewer will be familiar with: using Google to perform a search for information.

Our connection with a story fades if we struggle to follow, understand or relate to what’s going on. By grounding the story in what for many of us is a daily experience, Google created a tale we find very easy to empathise with.

For marketers, that means remembering to dump jargon or buzzwords in favor of telling the story in a way that’s most likely to resonate with your audience.

Successful storytelling relies heavily on the author painting a picture for the reader. This becomes even more essential when writers are asking us to relate to unusual or theoretical events that we have no direct experience of.

In such tales, the author needs to weave elements through the story that we can relate to such as basic human motivations and emotions.

For example, unlike poor Frodo and Sam in Lord of the Rings, we (thankfully!) have no experience fighting for our lives against a giant spider. But we can relate to Tolkien’s detailed descriptions of the Hobbits’ desire to stay alive, the feeling of fear and, of course, the personal importance of friendship.

Take the reader on a journey

A highly effective storytelling technique that achieves great success in infomercials particularly is that of ‘transportation.’

We’re all familiar with ads that tell the story of someone who, for example, struggles with weight loss. They bemoan individual situations such as how he longed to wear nice clothes, how she wished she felt more attractive, how diets have always failed, etc.

Viewers unhappy with their weight can empathise strongly with the person on screen. They know exactly how it feels to be in those situations, and over the course of the advertisement these feelings are brought to the surface once again.

Suddenly the face on screen changes to a happy, transformed person who, with the aid of ‘X product, yours for only $29.95,’ has rid himself of all these negative feelings and is now happy.

It’s easy to see why this storytelling technique works so well. As viewers, we’re transported from the negative place we don’t want to be to a happy, aspirational position, and as a result we better relate that to the product being advertised.

Get those neurons firing!

Vivid stories that feature a variety of different actions, movements and dialogue will activate several different parts of the reader’s brain. This increased neuro-engagement will lead to improved recognition of the story and its core messages in the future.

It’s important to use expressive language to describe the characters’ feelings and motivations so the reader can successfully ground the events in their previous experiences. Ensuring that the reader can follow, understand and relate to the events is absolutely key.

Ensure they live happily ever after

With great power comes great responsibility! The flip side of the power of storytelling is that it’s hard to forget a negative tale.

For example, when film director Kevin Smith was ejected from a Southwest Airlines flight because of his plus-size frame, he took to Twitter to tell the saga to his 1.64 million followers. 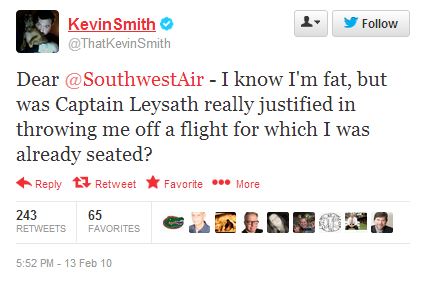 Other disgruntled customers shared their anecdotes, and suddenly the Internet was awash with unfavorable experiences. This event was back in 2010, but I still remember it like it was days ago because negative stories stick.

Every experience with your brand is a potential story in the making, so make sure you facilitate a happy ending!

4 Responses to “How Stories Sell: The Psychology Of Storytelling”