Update: October 8, 2018 Google announced it will be shutting down Google+

Google released +1 (pronounced “plus one”) yesterday, and search engine optimizers are already wetting their pants in excitement. +1 gives people with Google Accounts the ability to vote up (also known as Facebook Like) a page. Except in this case you do it in the SERPs!

Google’s decision to add +1 to the search results is somewhat bizarre. It makes sense to click the back button and mark something as spam (blocking it), but it doesn’t make nearly as much sense to go to a relevant site, and then go “wait a second, I gotta go back and plus one this thing in the SERPs!” Perhaps if you search for something you’ve already searched for before, the SERP might provide a good chance to share with your friends before proceeding to the site, but I don’t think that’s going to be a typical use case. 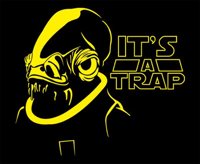 Perhaps including the +1 button is a trap for Internet marketers. Its design almost beckons people to try and game it.

While there will certainly be crude attempts to game the system, like fruitless attempts to use Mechanical Turk, there will still be highly effective immediate and long-term exploits to this system. Simply put, adding one more public input creates one more option for unnaturally influencing the system. I would dare say that it’s only a matter of time until a company like Subvert and Profit supports +1 voting and other private networks of marketers have the system sufficiently figured out.

Assuming the +1 initiative survives the Google experiment—and I believe it will, because the AdWords team is banking on it big time—I’ll be surprised if the +1 voting option remains the same as it is now in the SERPs. I think usage monitoring will show that it’s distracting and unnecessary, and as I said before, will be more of a nuisance from marketers than a help for users. Instead, I think it will be relegated to the same type of link that the Personal Blocklist extension creates on search results.

A better solution would be to make the functionality optional and tie it to a Chrome extension. A Chrome extension makes more sense, because then a user can click on the like +1 button on the Chrome toolbar if they like the page they visited (instead of going out of their way to go back to the search result page to vote for it). Hopefully, with the introduction of web page +1 buttons, and a Chrome extension, the +1 button on SERPs will be a thing of the past.

The social influence on SERPs is interesting because it’s like an algo affecting an algo affecting an algo. For example, I have no doubt that Google has created their own private social graph of every social network they’ve scraped crawled. Then based on what is being liked, +1’d, tweeted, LinkedIn’d and puked, they cross analyze that data with who is participating in the social mention regurgitation. Then that data is probably made into individual metrics for each page, which contribute to an overall search quality algorithm. The end result will be a small influence on the overall ranking algorithm, and any hint of correlation will most likely come from the fact that the content is simply popular, it has been promoted/linked to by several trusted sites, and/or the site that the page resides on already performs well.

For me, the most intriguing change that will occur from +1 is personalized search coupled with visual indications of friends who have shared a search result. In a perfect Google world, everyone will have a Google account, and everyone will participate in liking pages using +1. However, in doing so, the SERPs will be a gigantic mess—at least to Internet marketers. Tracking ranking results would become truly obsolete, and a focus on participating in either massive social groups, or large niche groups, would become a core task for search engine optimizers. Fortunately, it’s not going to happen.

The average user—if you’re reading this, that’s not you—isn’t giddy about +1. They just want to search and find what they’re looking for, and they won’t be clicking back from a site to click on the +1 button in the SERP. And they probably won’t have any type of organized network of Google friends, at least not like the ones they have on Facebook.

All-in-all, I see +1 for SEO as having some degree of influence on SERPs, but nothing significant, unless of course you’re counting your own circle of friends and personalized search. The power of social is awareness, and awareness breeds increased traffic and conversions, and increased mentions and links. The point of sharing socially is to increase the chance of someone mentioning and linking to you. With more natural links, the better your site will perform in the SERPs.

My observations of how SERPs have been changing indicate a focus on quality over quantity. Social interaction with pages, like the use of +1, will be used simply as one more factor for determining the quality of a page, and ultimately where Google’s algorithm thinks it should rank. However, the notion that the use or promotion of +1 will be required to achieve high rankings, or will be a shortcut to perform better in the SERPs, is absurd.